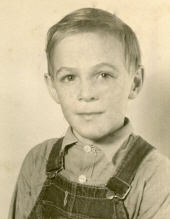 Leonard Lyle Roberts, 76, of Seaside, Oregon, died Wednesday, December 17, 2014 in The Dalles, Oregon at the Oregon Veteran's Home. Lyle was born March 18, 1938 in Maywood, Missouri to John E. and Ethel Lankford Roberts. Lyle served proudly for 9 years in the U. S. Navy as a boiler tender. His time at sea included the U.S.S. Forrestal, U.S.S. Buckley and the U.S.S. Cowell among others. He was always looking for hats that featured the Navy or ships that he had served on. Upon honorable discharge from the Navy, Lyle began a long career as a mechanic and welder who could fix most anything. His career included working for himself at times building woodstoves and manufacturing metal trailers. His last years in the workforce found him working as a mechanic at golf courses and occasionally spending some time with a club in hand trying out the course. His early retirement led him to wood working in his shop. Crafting cutting boards and wood bowls was more than just a hobby, it was a way to give to others. There are many wood creations that are in the homes of family and friends, each given with love. He loved spending time in the shop or looking for unique woods to feature in a new work of art. In June 1963 he married Lois Ralls in Central Point, Oregon. She survives in Seaside, Ore. Their children include: daughter, Tamara Roberts and son, Rod Roberts and daughter-in-law Tammy all of Seaside, Oregon. His three grandsons, Zach, Justin and Hayden brought him great joy. Surviving siblings include: Brothers - Stan Roberts of Arroyo Grande, CA; Ivan Roberts of Ewing, MO; Stephen Roberts of Cape Girardeau, MO; Sister Shirley Nelson of Maywood, MO. He was preceded in death by his parents, sisters, Karen and Nettie, brothers, Melvin, Bob, Jim, Harold, Brad and his twin Larry. A memorial service will be held at the Seaside Assembly of God, 540 S Holladay, Seaside, Oregon, on January 10, 2015, at 12:30 p.m. A time to share memories and food will follow at the Community Center at 1225 Avenue A, Seaside, Oregon. In lieu of flowers, the family suggests a donation to the Seaside Assembly of God Building Fund, a project important to Lyle.
To order memorial trees or send flowers to the family in memory of Leonard Lyle Roberts, please visit our flower store.