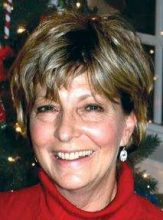 Lorretta Sue Cook, Sue to family and friends, was surrounded by her family when she passed away after a long ordeal with cancer on Feb. 18, 2015. Sue was born in Toledo, Ore., on July 29, 1949, the fifth child of Paul and Edith Hollyman. Sue grew up in Toledo and graduated from Toledo High School in 1966. While working in the financial industry, Sue met and married Dallas Cook on Aug. 22, 1970. Dallas and Sue moved to Seaside, Ore., in 1973 and took over the Cook family business, which they ran until retirement in 2006. Sue was outgoing and friendly to all, and liked nothing better than to converse for hours, particularly with her family and sisters. She was an award-winning quilter, believing in hand stitching from start to finish. Sue was a dedicated mother, but her grandchildren were the light of her life, and none ever departed without one more hug. Sue is survived by her husband, Dallas; son, Kurt and wife Debie of Sandy, Ore.; daughter, Traci Vail and husband Jon of Newberg, Ore; and four grandchildren, Wil, Erich, Jenna, and Ben. Her surviving brother and sisters are Clinton Hollyman, Patricia Ferguson, Joyce Bridges, Bonnie Bogaard, Debbie Hollyman and numerous nephews, nieces, and cousins. Sister Shirley Gold preceded her in death A graveside service will be held on Feb. 28, 2015, at 11 a.m. at Evergreen Cemetery, Seaside, Ore. In lieu of flowers, the family suggests donations to the National MS Society at www.nationalmssociety.org/donate, honoree Sue Cook.