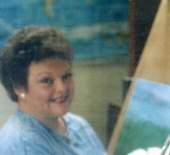 Louise Birkenfeld, longtime resident of Seaside, was a beautiful, gracious person who loved life and lived it to its fullest. She loved gardening and nature and especially enjoyed her artwork. Louise was so happy to retire from being an office manager at an industrial painting contracting firm and get to work on her art whenever she wanted to. She was a member of Trails End Art Association in Gearhart and also Pallette Puddlers of Cannon Beach. Her artwork has been displayed for years each Memorial Day and Labor Day at the Cannon Beach Information Center Building with other members of the Cannon Beach group. In earlier years her work was displayed in local galleries also. She also had watercolor paintings that were accepted and judged by the Oregon Watercolor Society. Her favorite thing to do, other than spend time with family and friends, was to paint. An educational fund has been established at Trails End Art Association in her name. She will be very much missed by her sisters, Doris Fales and Virginia Collins; her daughters, Madolyn Irene Smith and Carey Teresa Birkenfeld; grandchildren, Keith Smith, Sally Tietz, Tim Smith, Cassandra Swain and Jeremy Sisseck; great grandchildren, Travis Smith, Zachary Smith, Sarah Tietz, Ian Tietz and Zachary Lane. She was so happy being together with family at Christmas. Louise was born to Esther May Drake Williams and Ernest Eugene Williams October 25, 1928, in Scott City, Kansas. She was married to Frank William (Bill) Birkenfeld in 1951. They were married 29 years until Bills death in 1980. Louise also had a son Tracy William Birkenfeld who died in 1987. Services will be held at Hughes-Ransom Mortuary in Seaside on Friday February 19, 2016 at 3 P.M.