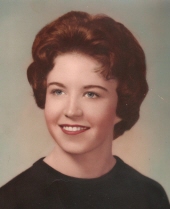 Marianne Bergeson passed away peacefully at the age of 70 on March 11, 2014, in her Seaside home with her loving husband by her side. Marianne was born in 1943 at Neah Bay, Washington, to Eugene and Gudrun Spongberg. She moved to Seaside and, after dating for four years, married her high school sweetheart Larry L. Bergeson in 1962. The two spent 51 more beautiful years loving each other. Marianne was self employed and a homemaker. She enjoyed clamming, hunting, cooking, camping and traveling, especially to Hawaii and their Lake Billy Chinook property with their dog Annie. Shopping was another passion which she enjoyed doing with her family and her many dear friends. Marianne was known for her love, kindness and compassion. She will be dearly missed by all who were fortunate enough to have known her. She is survived by her husband Larry; son Alan Bergeson of Kailua, Hawaii; son Mark Bergeson, his wife Suzette and their three children Dani, Andrew and Matt of Astoria; daughter Paula Mespelt, her husband Don and their two children Josh and Ashley (fiance Nathan Farmer) of Seaside; son Russ Bergeson and his daughter Maddie of Oregon City; great-granddaughter Alexis of Salem; and her cousin Lyn Allen of Grants Pass, who was like a sister to her. Of course, she also had a very large extended family filled with love for her, including her two best friends Sandy Bergerson and Sherri Phelan. A celebration of life will be held May 31, 2014 from 1PM-4PM at the Bob Chisholm Community Center. In lieu of flowers, the family asks that you make a donation to the Lower Columbia Hospice in Marianne's name.

Funeral Home:
Hughes-Ransom Mortuary Seaside
220 N Holladay
Seaside, OR
US 97138
To order memorial trees or send flowers to the family in memory of Marianne Bergeson, please visit our flower store.