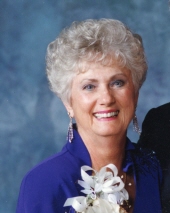 On July 22, 2014, Marianne Louise Poole was called home to be with her beloved husband, Robert Elton Poole (Bob), who preceded her in passing in October 2013. A celebration of life service will be held at 2:30 p.m., Saturday, August 16, 2014, at North Coast Family Fellowship, 2245 N. Wahanna Road, Seaside, Oregon 97138 (503) 738-7453. Pastor Glen Maiden will be officiating. Marianne was born May 24, 1925, in Vernonia, Oregon, to Jack A. Ambrose Tomlin and Anne Evelyn Jacobs (Tomlin). She grew up in Vernonia and enjoyed a happy childhood with her sisters, Hazel and Kathleen, and brothers, Tommy and Robert. She enjoyed music, and along with her sister Kathleen, played the piano and sang in churches, weddings and funerals. Later she played piano for dance bands in grange halls in the Vernonia area, and later at the Baptist Church in Seaside. Even as a child, Marianne was known for her love of babies, and loved to help watch her nieces and nephews. When a new baby arrived, the newborn was adopted by Marianne, and Marianne transferred care of her then-current charge to her sister Kathleen, and that's just the way it was. Marianne, who co-founded the Pig 'N Pancake with her husband Bob, got an early start in the food service business. One of her first jobs was as a waitress at Ma Vike's Caf in Vernonia. She waited on Italian prisoners of war at Fort Lewis, Washington, and she was a waitress at Elderberry Inn, where she and husband Bob (the cook) lived in a cabin. She was also a waitress at Bodies Italian Restaurant at the site of the present day Seaside Pig 'N Pancake. She also worked at Fascination in downtown Seaside. Marianne was always especially proud of her time spent pulling lumber on the green chain at the Oregon American Mill in Vernonia in the 1940s. (She wasn't big, but she was strong) She married the love of her life, Bob Poole, on February 19, 1944, in Vancouver, Washington. Marianne was soft spoken, but spunky. No milquetoast, on their first date, when Bob tried to kiss Marianne, she told him he would sit on one side of the car, and she on the other, and they would have an intelligent conversation. They were married for 69 years before Bob preceded her in death last October. In 1961, Marianne and Bob founded the Pig 'N Pancake restaurant in Seaside. Marianne was a driving force in the business. As Bob put it, he may have been the head, but Marianne was the neck that turned the head. She did everything needed, from waitressing to washing dishes to cooking, although she preferred the "front of the house." Fully committed to the business, Marianne managed the family as well, and always put the family first. She made holidays special and fun for the entire family. Wonderful family meals are fond remembrances. German chocolate cake, cheesecake, BBQ pork spare ribs, perfectly roasted turkey she could cook as no other. She even made oatmeal taste great! Marianne was without question the best cook in the family, a fact Bob did not dispute. There were countless days at Coffenbury and Cullaby lakes, playing in the water, rolling in the sand, always under Marianne's watchful eye. Marianne was ever willing and eager to help with children, and she helped nurture her many grandchildren, great-grandchildren and great-great-grandchildren along the way. Her first grandchild, Sharon, gave her the nickname, "Bam Bam." Marianne became affectionately known as "Bam" to all the family. All children loved her. They knew she loved them. Always a baby lover, she had a way with the newborns, and could comfort them like no one else. She passed along child-handling tips to countless family members and friends, as well. Marianne also had many special birthdays with "ladies only" trips to La Tea Da for tea in Tillamook. Decked out in party clothes and boas, this became a special tradition for Marianne and her entourage in her later years. Marianne was known for her warm and beautiful smile, listening ear, gracious manner and timeless beauty. Through thick and thin, she was a rock of stability in the family and was the glue that held everything together. Marianne is survived by her three children, Linda Poole, Wayne Poole and wife Lynn, and Rebecca Poole; nine grandchildren, Sharon Poole, Jody Ahlstrom, Zachary Poole (Kristi), Alicia Poole-Hawkins (Jason), Carissa Poole, Adam Poole, Ashley Parrish (Chris), Cassie Brooks (Chris), and Justin Schneider; 21 great-grandchildren; 3 great-great grandchildren; her sister Kathleen Alessi and sister-in-law Lucille Tomlin; and many nieces, nephews and cousins. She was preceded in death by her husband Robert Poole; brothers Robert Tomlin and Tommy Tomlin; sister Hazel Lloyd (Tomlin); grandson Kelly Allen Trucke; and great-grandson Richard Ahlstrom (St. Claire).