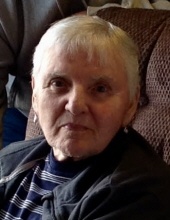 Marilyn Kay Bowers was born at home in Abilene, Kansas, on January 1, 1941; the first to be born in Abilene that year. She passed away while in hospice care in Vancouver, Washington on January 25, 2022.


Growing up, Marilyn’s dad was the caretaker of the Eisenhower Park where they lived, so the park was her playground. Lots of hours were spent playing in the pool and around the park.


After graduating from Abilene High School in 1958, Marilyn went to work for Bell Telephone as an operator. Wanting to see other places, she transferred to Orange County, California where she remained with the phone company, working her way up to an estimate assigner locating phone lines until her retirement 30 years later.


Marilyn had a yearly pass to Disneyland for many years and was delighted to take her nieces, nephews and their families there when they came to visit. Also, being a big sports fan, a trip to watch the Los Angeles Angels was usually on the agenda. Oddly enough Marilyn had 3 best friends, all named Mary Ann. They all had many adventures and traveled together over the years.


After retirement, wanting a quieter lifestyle and to be closer to her sister, Marilyn moved to Astoria, Oregon. To keep busy, she volunteered to operate the snack shack at Tapiola Park for Babe Ruth Baseball. She also took on a walking paper route for The Daily Astorian on the steep hillside of Astoria. Marilyn was also very active in her church, First Baptist Church of Astoria.


Marilyn was a lifelong animal lover who had a horse and many special dogs and cats over the years. She was also a huge sports fan who followed professional and college baseball, football, and basketball. Her favorite sport was what every season we were in at the time.


After having suffered two major strokes, she gave up the home she loved and moved to Astor Place where she made lots of new friends. Thank you to those who cared for her there for the past seven years.


The family plans to scatter her ashes later this spring.
To order memorial trees or send flowers to the family in memory of Marilyn Kay Bowers, please visit our flower store.