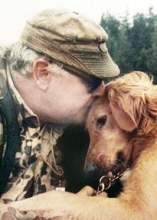 Dr. Mark S. Stryker, 81, of Astoria, died Wednesday, Jan 1, 2014, in Astoria. He was born May 10, 1932, to Spencer and Florence Stryker of Ridgefield, Wash. Mark loved the outdoors and spent most of his free time fly fishing and duck hunting. He majored in chemistry at the University of Washington and served in the Korean War. After returning home to Washington, he married Sylvia Ann Hartley in 1957, soon after they left for St. Louise, MO. He entered medical school at Washington University and graduated with his doctorate in internal medicine in 1963. His medical internship brought him to Oregon, where he worked at Good Samaritan in Portland and later interviewed in Astoria, where he established his medical practice of over 33 years in 1967. Mark had many wonderful friends and when he wasn't working, he could be found on the Naselle or Necanicum River fishing or taking his dog, Willy, out duck hunting. Mark was very involved with Ducks Unlimited and took great pride in the beauty of the Pacific Northwest. Mark is survived by a son, Scott Stryker of Seattle, Wash; and a daughter, Ann Stryker of Kirkland, Wash. No service is planned. Arrangements are being handled by Hughes-Ransom Mortuary in Astoria, Oregon. Visit www.hughes-ransom.com to leave condolences and sign the guest book.