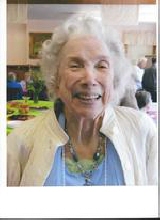 Maxine A. Stookey (87) of Gearhart, Oregon (formerly of Lake Oswego) passed away peacefully on Friday, February 1, 2013 in Seaside, Oregon. She was born July 20, 1925 in Atlanta, Georgia - the youngest of 3 children, to Homer and Susan (Elder) Thomas. She graduated from Russell HIgh School in East Point, Georgia before moving to Oregon. Maxine worked as a Nurse in the Portland area prior to marrying Donald M. Stookey on February 25, 1966 in Portland. She attended Christ Episcopal Church in Lake Oswego for many years before she and Donald moved to the Oregon Coast in the 1980's. She was an avid gardener, a prolific writer of poetry, gourmet cook and enjoyed travel and devotedly loved her family, friends and her cat, "Miss Kitty". Maxine was an advocate for the mentally ill and an active volunteer for Doernbechers Children's Hospital. She is survived by her son and daughter in-law, Stephen & Taenoma Patterson of Portland, as well as numerous nieces and nephews. Preceding her in death was her husband Donald M. Stookey in 2001, her son Jeffrey Patterson in 2005 and her late-in-life sweetheart, Richard Brown in 2012. Maxine touched many hearts and lives during her 87 years and will be sorrowfully missed. Visitation will be between the hours of 6:00pm and 8:00pm Tuesday, February 5, 2013, at the Hughes-Ransom Mortuary in Seaside, Oregon. Funeral services are scheduled for 2:00pm Wednesday, February 6, 2013 at the Adams Chapel - River View Cemetery in Portland with interment to follow. A Memorial service will also be held at 2:00pm Saturday, February 9, 2013 at the Seaside United Methodist Church. In lieu of flowers, donations will be gratefully accepted for the National Alliance on Mental Illness (In Care of: Harry Comins, 10 Skyline Place, Astoria, OR 97103).
Maxine has left us a final gift one of her many poems. The rains are lashing at my face as for the storm of life I brace. The winds are blowing how they tease to whip my skirts about my knees. The lightning streaks across the skies and thunder rolls then slowly dies. My tears now left amidst the splash I cant resist a little laugh. The stars now twinkle oh so bright once more it is a calm, warm night. My faith renewed, I find new pace to skip back home a child in grace. Maxine Stookey
To order memorial trees or send flowers to the family in memory of Maxine A Stookey, please visit our flower store.