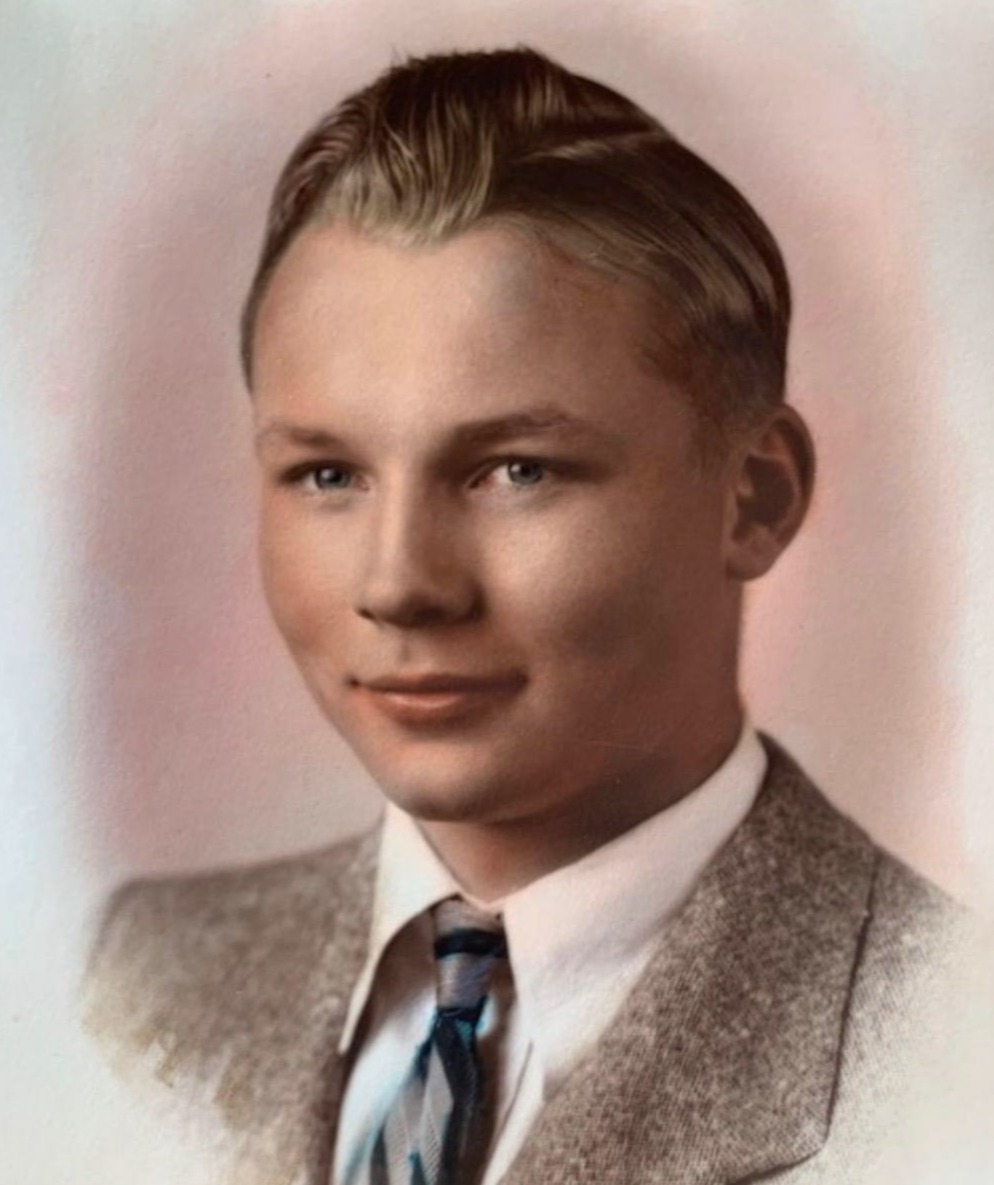 Melvin G. Lampi was born to George and Fannie (Erickson) Lampi in Astoria, OR on August 28, 1934.  Melvin married Marie DeGandi on November 12th 1955.  Together they raised three daughters:  Judith Lampi & Heidi of Warrenton, Janet Marambe (Arthur) of Portland, and Jody Longo (James) of Portland.   Melvin was very proud of his Finish Heritage.  His Grandparents emigrated from Finland:  Andrew Lampi 1880 and Hilma (Puutio) Lampi 1890 settled in Lewis and Clark Oregon; and Thomas Erickson 1882 and Alexandra (Niemi) Erickson 1891 settled in Brownsmead Oregon. Melvin was a veteran and served our country in the United States Army from 1957 to 1960 and also served in the National Guard.  Melvin loved the outdoors and especially areas near the Columbia River, he loved to fish, duck hunt and salvage wood from the river.  Melvin’s other favorite pastimes were riding motorcycles and water skiing. These activities included a large circle of friends that shared his interests, and created lifelong friendships.  Melvin was a great father that protected and encouraged his daughters and grandchildren in all endeavors, he was a family man that always put others first.  He was always available when anyone he knew needed a helping hand, he could fix anything that was broken.  Melvin departed this life on November 29, 2022 at the age of 88.  Keeping with his wishes, Melvin will be cremated and his remains buried next to Marie his deceased wife.  He will be laid to rest at the family plot at Murray Hill Cemetery in Clatskanie, Oregon.  Melvin is survived by his daughters Judi, Janet and Jody; five grandchildren Kenneth, Sarah, Cole, Adam and Emma; and four great grandchildren Kayah, Riley, Chloe and Malia; and numerous nieces and nephews, all of which will miss him dearly.  Melvin was one of three children: Sister Virginia Shepherd who preceded him in death, and Brother Clifford Lampi who has survived Melvin.  A graveside service will be held at Murray Hill Cemetery in Clatskanie, OR at 11:00 am on Saturday January 14th 2023.  A reception (to be announced) will follow the graveside service.  Melvin was active in various community organizations and donated his time accordingly, one of his favorites being the Knappa Food Pantry.   In lieu of flowers, donations can be made in Melvin’s name to the Knappa Food Pantry, C/O Kathy Ray, 92733 Fir Road, Astoria, OR 97103.

To order memorial trees or send flowers to the family in memory of Melvin Lampi, please visit our flower store.