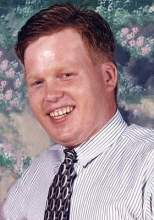 Michael "Mick" Lowell Altheide went to be with the Lord on Tuesday, Dec. 8., 2015, after a long battle with multiple sclerosis and a recent diagnosis of cancer. Mick was born in Astoria, Oregon, on Oct. 23, 1968. He graduated from Astoria High School in 1987. He went on to serve in the U.S. Air Force for four years, serving in Desert Storm. He then went on to work in the mortgage loan industry until becoming ill in 2002. Mick was very passionate about the outdoors. He loved to hunt and fish. He went on many hunting trips to Eastern Oregon with his dad and hunting buddies. He also spent many hours fishing on Lost Lake. Mick was known for his infectious laugh and could make anyone smile. He was also known for his great knowledge of music and movies, often repeating them to make people laugh. Above all, Mick had a huge heart. Mick is survived by his parents, Jon and Helen Altheide; a sister and brother-in-law, Erica and Marty Altheide-Nielson; nephews Trevor and Dylan Altheide-Nielson; and numerous aunts, uncles and cousins who were special to him. A celebration of life will be held at a later date. Donations may be given to the National MS Society, the American Cancer Society, or a charity of one's choice. Hughes-Ransom Mortuary is in charge of the arrangements. Thank you for signing our online guest book.