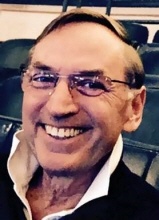 Michael Pierce, of Cannon Beach, passed away at home on Sept. 18, 2018. He was born in Portland in 1949 to Harold and Inge Pierce, and grew up in Portland with his brothers, David and Mark. He graduated from Franklin High School, served in the Oregon Air National Guard, and earned a management degree from Linfield College. An avid hiker and skier from an early age, he eagerly explored the Oregon Coast, Mount Hood and the Columbia Gorge. He also enjoyed exploring new technologies, science fiction, books and movies, and played baseball and other sports in his spare time. In 1979, he married his lifetime friend and companion, Carol. With his two children from a prior marriage, and her son, they embarked on many new adventures. After a few years working at Tektronix, he began a 29-year career with Wacker Siltronic. In that role, he traveled for business and pleasure around the world, from Germany to Japan, Canada to Czech Republic, Mauritius to Singapore very often accompanied by Carol. He developed a close bond with many residents of Siltronics headquarters town of Burghausen, Bavaria, where he and Carol lived for over four years, and visited regularly for over 25. He also made frequent extended stays in Arizona and beyond, visiting family. A lifetime visitor and longtime homeowner in Cannon Beach, he retired full time to the town a decade ago. He was a famously devoted, energetic and fun-loving grandfather and uncle, enjoying his time with family most of all. He also enjoyed visiting with his many dear friends at the coffee shops of Cannon Beach and the golf courses of the North Coast sharing his optimistic good cheer with everyone he met. An elder of the Cannon Beach Community Church, he regularly volunteered for the Cannon Beach Food Pantry. He remained an enthusiastic global traveler throughout his retirement exploring the coasts of Scotland, Norway and Iceland as recently as August. In addition to his wife, Carol, he is survived by his children and their families, Mike and Jenn Pierce (Pittsburgh, Pennsylvania), Amy and Craig Southwick (Portland), and Doug and Faith Deur (Arch Cape), as well as seven grandchildren, his mother (Phoenix, Arizona), and his two brothers and their families. A celebration of life will be held at the Cannon Beach Community Church on Oct. 6, 2018, at 1 p.m. Remembrances can be made to the Cannon Beach Food Pantry: cannonbeachfoodpantry.org or 503-436-2826.