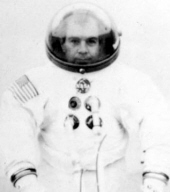 Michael Patrick Huling was born on March 7, 1932 in Yuma, Arizona to Cecil & Flossie Huling. As a child he spent most of his time either at his maternal grandfather's ranch, riding horses, or with his paternal grandfather, helping out in the family business, the Sunshine Barber Shop. He attended elementary and high school in Yuma, where he was very involved in sports and football. After high school Mike felt compelled to serve his country and enlisted in the U.S. Navy at the outset of the Korean War. His tour in the Navy eventually led him to Hawaii, where he met his future wife Rose, with whom he shared a keen appreciation for classical music, humor, and Community Theater. They married, started a family and remained in Hawaii until 1965, with Mike attending the University of Hawaii and later joining the Honolulu Police Department. The family then moved to California, where Mike worked in electronics and the Aerospace Industry (his favorite job), completed a teaching degree, and taught for the Los Angeles Unified School District. The family moved to Simi Valley, CA in 1976, and by that time had grown to 7 Mike, Rose, 2 sons, and 3 daughters. He continued to serve his country by joining the California Air National Guard Reserve (Van Nuys, CA unit), making countless flights in the big C-130 transport aircraft as Loadmaster. He lost Rose, his beloved wife and partner of 36 years, in 1991. After his retirement Mike returned to Yuma to help care for his ailing father, and renewed acquaintance with a childhood neighbor, Elva Monroe. He and Elva were soon inseparable and together they moved to Banning, CA, then to Astoria, OR, finally settling in the Seattle, WA area. After Elva was diagnosed with Hodgkin's Lymphoma, Mike, who had been struggling with early stages of dementia, went to stay with his daughter and son-in-law in Seaside, OR, but continued to visit Elva in Seattle. Mike spent the last 3 years with a community of friends and caregivers at Necanicum Village/ Avamere in Seaside, OR. Mike was preceded in death by his parents and brother, wife Rose, and companion Elva. He leaves behind half-sister Christina, son, Eric Huling - CA, daughter and son-in-law, Kirsten and Tom Horning - OR, daughter, Cecile Huling - CA, son, Christopher Huling - OR, and daughter and son-in-law, Mara and Marc Langevin - HI. He also leaves 7 grandchildren and 10 great-grandchildren. Everyone who met Mike commented that he was a true gentleman and a wonderful person, always ready to come to the aid of anyone who needed defending. He loved music and Native American art, carving, and jewelrymaking, dabbled in cartooning, had a great sense of humor, loved dogs, and enjoyed gardening, especially raising fruit trees. Flying and Astronomy were his passions. Thank you for visiting www.hughes-ransom.com to share memories and sign the guest book.