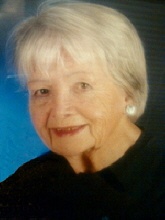 Myra was born on February 26, 1923, in Astoria, Oregon, to William and Caroline Schwegler. She grew up as the ninth child of a total of ten siblings--seven boys and 3 girls--and the very last of her siblings to pass. Living on a farm on Svenson Island, her life was simple and hard, but her father was quite the renaissance man and was able to provide all the necessities and some of the pleasures of life within their very rural setting. The family later moved to Seaside, Oregon, living in the home her father built, where Myra remained through her high school days.
Myra graduated from the University of Washington and began her long career as a dedicated elementary school teacher. She began in a one-room school house in Oregon; then followed her adventurous sister Norma to Fairbanks, Alaska, where she taught in a large multi-classroom school; and then traveled to Southern California where she finished her career at Longley Way Elementary School in Arcadia, California. Myra lived in Southern California for 30 years and then followed her daughter to Albuquerque, New Mexico, for 17 years. She returned to Southern California and was diagnosed with Alzheimers. She passed away peacefully in the early morning hours of August 28, 2012.
Myra is survived by her own children and step children and their spouses, grandchildren and great-grandchildren, who will miss her very much. Her friends and colleagues will share in this loss, as she impacted, in her own soft, sweet way, their lives as well.
A memorial service is to be held at the Schwegler Family Plot at Ocean View Cemetery in Warrenton, Oregon, on Friday, September 28, 2012, at 10:00 a.m. In lieu of flowers, the family asks that donations be made to the Alzheimer's Association or to the Holiday Fund at Vista Cove at San Gabriel (California), which gives the caregivers who helped so lovingly with her care, a measure of our gratitude.
Your thoughts and prayers are truly appreciated.
To order memorial trees or send flowers to the family in memory of Myra M Krusic, please visit our flower store.