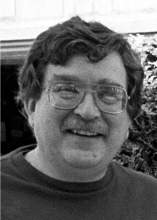 Patrick Charles Jensen, 69, of Warrenton, Oregon passed away peacefully, surrounded by his family, on December 17, 2013 at Providence Seaside Hospital. Patrick was born in Astoria, Oregon on April 11, 1944 to Sigfred and Juanita Jensen. Initially announced as a baby girl in the local paper, Patrick was brought home to join his older brother Michael. The Jensen family resided for several years in downtown Astoria, just one block from the post office on Commercial Street and later moved to Olney where Patrick and Michael enjoyed growing up in the country and participating in the Boy Scouts. Patrick graduated from Astoria High School and spent several summers working in Astoria, most memorably working on the ferry during the construction of the Astoria-Megler Bridge. He studied a variety of subjects at both University of Oregon and Portland State before choosing to apprentice in the commercial printing business. While working and living in Portland, Patrick met Janet Kirkham. They married on August 21, 1972, after several years of friendship. The couple chose to make Astoria their home after Patrick persuaded his wife that "on a good day there is no place more beautiful." They purchased a home in Uppertown Astoria with views of the Columbia River and spent 34 years lovingly caring for the property. Their two daughters were raised in that home overlooking the river, instilling in them a similar appreciation of Astoria's natural beauty. Patrick owned and operated Anchor Graphics, a commercial printing and design shop in Astoria. Having learned the trade working with traditional printing processes, Patrick witnessed dramatic advances in printing technology throughout his career. He enthusiastically took on the new challenges of computers and digital photography, consistently meeting the needs of his many loyal customers. He retired from the printing business in 2006. After retirement, Patrick and his wife moved to a home on Smith Lake in Warrenton where Patrick enjoyed serving on the boards of both the Smith Lake Association and the Skipanon Watershed Council. He developed an in-depth interest in the history and maintenance of local waterways, researching historic maps and other public records. Patrick's other interests included: listening to and playing music, reading voraciously, digitally restoring old photographs, brewing exceptional coffee and watching films. Patrick is survived by his wife, Janet Jensen, of Warrenton, Oregon, daughters, Sarah Jensen and her life partner Stephen Hawks, of Warrenton, and Rachel Jensen and her fianc Nicolas Zametkin, of Astoria, Oregon, Granddaughters, Natasha Karna, of Warrenton, and Katherine Karna, of Valdez, Alaska, brother Michael Jensen and his wife Eldora Jensen, of Hallsville, Missouri, and former son-in-law Christopher Karna and his wife Christine Karna, of Valdez, Alaska. There will be a private family service. Arrangements are being handled by Hughes-Ransom Mortuary. Memorial donations may be made to North Coast Land Conservancy, PO Box 67, Seaside, OR 97138, 503-738-9126, www.nclctrust.org, an organization supported by Patrick during his life. Many thanks go to the staff of Providence Seaside Hospital who provided compassionate care during Patrick's final days.