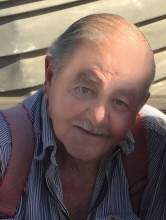 Patrick Earl Croghan, beloved son, father, brother, grandfather and friend, passed away September 18 at his home in Jewell at the age of 71. A resident of Jewell for the past 30 years, he was known locally as "Crog," and was a familiar figure in the North Oregon Coast community. Crog was born October 12, 1946 in Roseburg to Earl Croghan and Betty Lou Morris. He graduated from Reynolds High School in Troutdale in 1964, and married Robin Riebesehl, his high school sweetheart. They would be married for 25 years and raise three kids who were his pride and joy. While attending Eugene Technical College, Crog began his career at Albany Plywood. He later worked for Price Industrial, where he became part owner. He then worked for Hyster Sales Company where he started as a service technician and was quickly promoted to salesman. He was with Hyster for 35 years and retired in 2009. An avid outdoorsman, Crog never missed chance to go hunting or fishing. He was the proprietor of the famous "B Camp Bull Team," a well-known crew of fellow deer and elk hunters in the Coast range. Outside of the season, his day almost always included making time for "grininand lookin." In addition, his boat, "The Peddler" could often be seen at Bouy 10 and running up the Columbia River. Crog was an accomplished storyteller, with a big heart and a unique love of social gatherings. His home in Jewell - known to everyone as "Crogs Place" - was a regular stop for friends and neighbors to pull up a chair, shoot the breeze, and sip a cold one. Patrick Earl Croghan is survived by his daughters Michele and Christy, his son Patrick (or "Junior," as his Dad called him), his grandsons Garrett, Lewis and Hayden, his granddaughter Regan, and many beloved extended family members. He was preceded in death by his father Earl, his mother Betty and his brother Jerry. A celebration of his life was held on Sunday, September 25th at Camp 18 from 1:00pm -3:00pm. Funeral arrangements in the care of Hughes-Ransom Mortuary & Crematory, Astoria, OR www.hughes-ransom.com