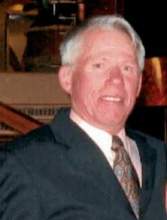 Peter Dale Plowman of Seaside, Oregon passed away on Saturday, October 27, 2018. Pete was born September 2, 1944 to Richard and Irene Plowman in San Mateo, California. After serving in the Army, Pete became a mechanical engineer. He and his wife Teresa are members of Our Saviours Lutheran Church in Seaside and are members of the Astoria Country Club. Pete is survived by his wife, Teresa Plowman; daughter Carrie Ann Plowman and fianc Todd Carver of Molalla, Oregon; son Darin Dale Plowman of Portland, Oregon and stepson Rick Miller and his wife Erika of Lake Oswego, Oregon; 3 brothers: Richard Plowman of Costa Rica, Jerry Miller of Sequim, WA. and Mark Plowman of Long Beach, WA. He is also survived by 9 grandchildren and great grandchildren.