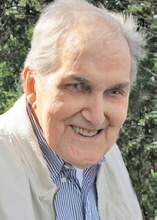 Philip Eugene Johnson, 80, of Seaside, died Thursday, Dec. 27, 2012, in Astoria.
He was born Oct. 10, 1932, in Clatskanie, to Ole and Lovisa (Hansen) Johnson.
He served for two years in the U.S. Army.
On March 30, 1969, he married Jean Kandoll Johnson in Longview, Wash. She survives, residing in Seaside.
Mr. Johnson was a commercial fisherman. He retired in 2007. He lived in Clatsop County for 75 years, in Astoria and Seaside.
He was a member of the Astoria Apostolic Lutheran Church.
Family members said he enjoyed reading, listening to hymns and news on the radio and spending time with family and friends.
In addition to his wife, he is survived by three sons and two daughters-in-law, Alex and Rebecca Johnson of Knappa, Troy Johnson of Seaside and Travis and Rebecca Johnson of Hammond; two daughters and sons-in-law, Heather and Steve Stratton of Warrenton and Gretchen and Kent Little of Colville, Wash.; a brother, Ben Johnson of Warrenton; three sisters, Ruth Alcantara of Mountlake Terrace, Wash., Mary Holmgren of Lynnwood, Wash., and Mildred St. Martin of Pasco, Wash.; a cousin, Lillian Nimmo of Astoria; 15 grandchildren; and numerous nieces and nephews.
He was preceded in death by five brothers, Karl, George, Olaf, Jack and Jim Johnson; and three sisters, Gerta Johnson, Rachel Roberts and Esther Laurila.
Visitation will be from 6 to 8 p.m. Tuesday, Jan. 1, at the Apostolic Lutheran Church, 10th Street and Irving Avenue in Astoria.
A funeral will be held at noon Wednesday, Jan. 2, at North Coast Family Fellowship, 2245 N. Wahanna Road in Seaside.
Interment will be at Ocean View Cemetery in Warrenton.
Memorial contributions may be made to the Apostolic Lutheran Church, in care of Cary Johnson, 37751 Highway 30, Astoria, OR 97103.
To order memorial trees or send flowers to the family in memory of Philip Eugene Johnson, please visit our flower store.