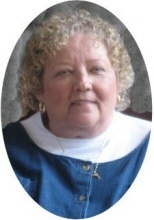 Priscilla Kathleen Erickson Bowman died on Wednesday, February 25th, 2015 in Portland, Oregon. She was born in Clatskanie, Oregon on April 22, 1939 to Charles Torvald Erickson and Anna Matilta Hanhi Erickson. Priscilla grew up in Garibaldi, Oregon and graduated from Neah- Kah-Nie High School in 1956. As "Kathy" she attended the University of Oregon for two years, Portland State for one year and Brigham Young University for two years where she received a B.S. in Zoology, and worked as a life guard and nurse's assistant. She married DeWayne C. Bowman in 1960 and had her first child, Debbie, while still at B.Y.U. While DeWayne attended Dental School in Portland, Oregon, Kathy worked as the Registrar for the Oral Tumor Registry at the Dental School and also as a Research Assistant in Oral Pathology. Their second child, Brett, was born in their last year at the Dental School. Kathy followed her Air Force dentist husband to Hickam Air Force Base in Hawaii for three wonderful years and had Lisa, child number three. They learned to sail and SCUBA dive. DeWayne served one year in Thailand and Kathy went back to Portland where she received a teaching certificate from Portland State University. Kathy taught Biology at Lincoln High School and DeWayne had a private practice for four years in Portland where Michelle and Kay-Lynn were born. He went back into the Air Force and was stationed at Kirtland Air Force Base, Albuquerque, New Mexico, and Kathy had child number six, Erica. Their next two year assignment was to Iraklion Air Station on the Greek Island of Crete where Kathy taught Biology at Iraklion American School. They were then stationed at Ramstein Air Force Base for four years and lived in Kaiserslautern, Germany. Kathy delighted in art classes in the "Old Master's" technique from an elderly German instructor in Weisbaden, and also in the opportunity to travel extensively, and in the births of Jennifer and Tiffany bringing the number of children to eight. When they were stationed in Las Vegas, Nevada, Kathy taught science at the Hebrew Academy, Biology Labs at UNLV and Biology at Mojave High School. She earned two postgraduate degrees at UNLV; a Master's in Educational Administration, and a Master's in Biology. Her thesis was on the Natural History of Daphnia in Ephemeral pools in Red Rock Canyon, Nevada. In July of 2005 they moved to Warrenton, Oregon, to come back to her home state to be close to the ocean. Kathy's interests were wide and varied. She traveled to 17 foreign countries, painted watercolors and oils, knitted and did crewel embroidery, and collected everything from shells to crystal, porcelain and fine art, but above all she loved her church and her family. Kathy is survived by her husband DeWayne Bowman of Warrenton, Oregon, eight children, Debbie Juchau of Avondale, Arizona, Brett Bowman, Lisa Rorman, Kay-Lynn Robbins and Jennifer Bowman all of Las Vegas, Nevada, Michelle Lee and Tiffany Bowman of Warrenton, Oregon, and Erica Fordiani of Payson, Utah. Grandchildren include Aubrey Gibbons, Kris Juchau, April, Ashley, and Alanna Juchau, Jazmine and Ryan Bowman and William, Stephanie, Jay, and Steven Rorman, Chantrell and Brenna Lee, Connor and Hannah Robbins, Anna, Olivia, Anthony and Daniel Fordiani, Zoey and Demetri Hotchner, Rhiannon, Ryder, and Racer Lewis as well as, five great grandchildren, Kaleb and Kylee Juchau, Devon French, Regen Traines, and Jackson Gibbons. Services will be held at the Seaside Ward of the Church of Jesus Christ of Latter-Day Saints on February 28th, 2015 at 3 p.m.
To order memorial trees or send flowers to the family in memory of Priscilla "Kathy" Kathleen Bowman, please visit our flower store.

The Church of Jesus Christ of Latter-day Saints

The Church of Jesus Christ of Latter-day Saints