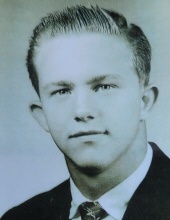 As a Checker at Safeway, he quickly became well-known for his hard work ethic, personality and ability to remember every customers name. Richard’s 16 years of dedication and focus earned him many accolades from customers, friends and colleagues up until his retirement from Safeway in 2013.

He was born in Astoria, Oregon, the son of Waldon and Pauline Mary (Clow) Klaffke. Richard is survived by his children, Alan Klaffke and his wife Jennifer, GeriAnn Cruz and her husband Jorven, stepson David Bloom and his wife Monica; brother, Ralph Klaffke of New Zealand. Richard’s other daughter Debra Griffin preceded him in death.

A funeral service will be held at Our Lady of Victory Church in Seaside on Friday, July 23, 2021 at 11:00 am. Burial services will be held at Willamette National Cemetery in Portland on Monday, July 26, 2021 at 1:30 pm. Hughes-Ransom Mortuary is handling arrangements.
To order memorial trees or send flowers to the family in memory of Richard Alan Klaffke, please visit our flower store.