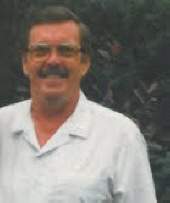 Richard Alan "Dick" Perkins, 78, of Seaside, died Friday, Sept. 21, 2012, in Seaside.
He was born Dec. 9, 1933, in Corvallis, to Walter Alan and Florance Elizabeth (Grimm) Perkins.
He attended Oregon State College and served for four years in the U.S. Army.
On June 11, 1953, he married Janet Fay Donais Perkins in Washington state. She preceded him in death in September 2000.
Mr. Perkins was a photolithographer, who retired in 1996.
Family members said he enjoyed NASCAR racing and college football.
He is survived by two sons, Richard Alan Perkins Jr. of Portland and David W. Perkins of Lake Oswego; a daughter, Kathryn Marie Harlan of Portland; 11 grandchildren and 10 great-grandchildren, all of Seaside; and his partner, Linda Hummel of Seaside.
A memorial gathering will be on Friday, October 5, 2012 between the hours of 2:30PM and 4:30PM at the Seaside Library Community Room, located at 1131 Broadway in Seaside.
Hughes-Ransom Mortuary in Seaside is in charge of the arrangements.
To order memorial trees or send flowers to the family in memory of Richard Alan Perkins, please visit our flower store.