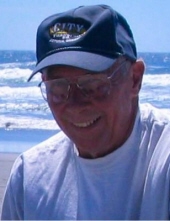 Richard “Rich” Miller passed away on June 22, 2021 in his home. He was born in Waubay, South Dakota, on
July 11, 1943, to Philomena and Henry Miller. Rich spent a lot of his memorable youth on the family farm
near Webster South Dakota with his grandfather and grandmother Joe Gonsoir and Veronica Snaza and Uncle
Joe and Stanley. He loved his pet crow, raising homing pigeons, being on the family farm and the great
outdoors hunting and fishing. He always had a great story about his youth and the wilder side of South Dakota
or Minnesota winters. His family settled for a time in Aurora, Colorado where he met and married his high
school sweetheart of more than 50 years, Janice Hopkins.

He enjoyed rock and roll of the 50’s, fast cars and dancing. In the 60’s it was still nice cars but now cowboy
boots, country music and two stepping with Jan, who was from Texas. While in Colorado they started a family
having their first child Robert. Rich worked for Hesteds Department Stores where he worked his way up from
stock boy to store manager at a very young age. Hesteds was bought out by the J.J. Newberry Co., and Rich
was moved from Colorado to Twin Falls, Idaho with a new baby boy. Four years later they had another son,
Curtis. Rich was offered another move to California or Oregon. He and Jan chose Astoria, Oregon sight
unseen. They settled down in Astoria where they raised Robert and Curtis. He managed the JJ Newberry store
(later bought out by the McCrory Co.) in Astoria for over 40 years where he received many Manager of the
Year awards and became a well-established businessman in the community.

Rich was a dedicated father and husband. He worked tirelessly to provide a good stable life to his family. He
loved hunting and fishing in and around Astoria and found clamming on the North Oregon Coast beaches to be
a favorite past time when the conditions were right. He and Jan enjoyed longtime friends in the area and
spending time helping at the local Eagles Club. They weren’t big travelers, but enjoyed trips to Alaska, and
international trips to Israel, Egypt, Ireland and Scotland, which they often reminisced about. They always
visited family when they could. He is survived by his youngest son Curtis and his wife Katie, and children
Luke and Finn, and their older son Robert and his wife Amy and children Robyn and Nolan; his youngest
sister Vickie and husband Pat, his older sister Lorraine (Lolly).

He was preceded in death by his parents Philomena (Phillis) and Henry Miller, his wife Janice (Jan) and his
younger brother Ronald (Ronnie). Visit the guest book at www.hughes-ransom.com
To order memorial trees or send flowers to the family in memory of Richard Joseph Miller, please visit our flower store.