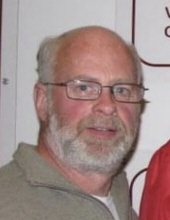 Richard Whitlock was born and raised in Seaside Oregon. Growing up sports were always a huge part of his life. From little league through high school continuing into his adult years playing city league basketball and softball to coaching numerous little league teams and basketball teams.

Richard enjoyed attending and watching Oregon State football games with his son David. He ran many 5ks with his wife Kirstin and daughter Aimee. Always being sure to wait at the finish line to say “What took you so long?” He loved being Grumpa to his two granddaughters Emmy and Ava always having pictures ready to show off.

Hughes Ransom is in charge of arrangements. A service will be held at a later date.

Donations may be made in his name to Seaside Kids Inc.

Richard will always be remembered for his sense of humor, good heart, and his all around love of a good cheeseburger.
To order memorial trees or send flowers to the family in memory of Richard Whitlock, please visit our flower store.