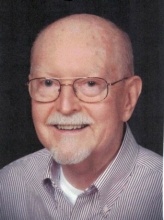 Robert Allan Coate was born to Walter Augustus and Velma Devone Dick Coate - - in Portland, Oregon. He graduated from Madison High School, received his Bachelor of Art in Health Science from Ottawa University and a Master of Art in Health Administration from Almeda University. Robert continually sought learning opportunites and also attended Portland Community College, Multnomah School of the Bible and the Mayo Clinic School of Anesthesia. During an illustrious 30 year career as a Certified Registered Nurse Anesthetist, primarily in small rural hospitals, Robert was also in the Army Reserves, from which he retired as a Lieutenant Colonel. At one point, he was the commander of a MASH unit in Wisconsin which was comprised of over 100 individual soldiers. Of all of Robert's career accomplishments, he was especially proud of the three times that he was able to deliver a baby. Robert served as a deacon in the Presbyterian Church of Hereford, TX as well as in the Cannon Beach Community Church. Robert loved children, the outdoors, learning and teaching, but above all else he loved life and he loved people. He was predeceased by his parents and a niece, Cindy. He is survived by his wife, Shirley; daughters Susan (Richard) Greller and Sheryl (Katherine) Coate; grandchildren Judd (Ruth) Jones, Jacob (Cori) Jones, Haley Coate, and Shawn Harrington; great grandson Jasper James Wells; sister Jacie (Jerry) McQuinn; niece Kristen Vogeli; brother Walter "Butch" (Cherri) Coate; nephews Robert Coate and Christopher Coate; niece Summer Coate; Sister-in-law and brother-in-law Jon and Ruth Ann Newton and their children Christi, Andrea, Matthew and Tim. A Celebration of Life will be held at the Cannon Beach Community Church on Saturday, September 22 at 1:00 PM In lieu of flowers, donations may be made to Lewy Body research, Cannon Beach Community Church or Lower Columbia Hospice.