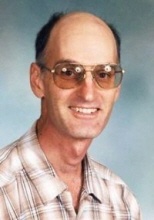 Robert (Bob) Kevin Gilbert of Warrenton passed away at home on September 23, 2013. He was born October 1, 1956, in Williston, ND, to Robert E. and Louise M. (Chorne) Gilbert. The family moved to Glasgow, Montana, and then to Great Falls, but returning back to Glasgow. The family then moved to Seaside, Oregon, where Robert graduated from Seaside High School in 1975.
He served in the US Army National Guard at Camp Rilea, Reno and Dickinson, ND. He was a member of the Boy & Cub Scouts, and Our Lady of Victory Catholic Church. He received his Associate Degree in Auto Mechanics at Clatsop Community College.
Robert did maintenance for MGM Grand in Reno, NV, Tolovanna Inn in Cannon Beach, and Seaside High School. Robert was the head custodian at Cannon Beach Elementary School, he loved children, but especially the kids at Cannon Beach elementary school and his nieces and nephews. He enjoyed automobiles, mechanics, woodwork, camping, and spending time with family. Robert was a true handyman, and very knowledgeable and loved history and trivia. Robert was a man of God and loved to serve in his church. He received the award for the recycler of the year through the State of Oregon.
He is survived by his mother, Louise M. Gilbert; brother, Jon C. Gilbert; sister, Wavia J. Mulholland; brother, Charles (Jean) Gilbert; nephew, Jeff Gilbert; niece, Desiree Gilbert; niece, Shaina Gilbert; nephew, Joshua Gilbert; nephew, Tyler (Sara) Mulholland; great-niece, Berlyn Mulholland; great-niece, London Mulholland; great-niece Darby Mulholland; and great-niece, McKenzie Mulholland.
He is preceded in death by his father Bob Sr., and brother Jim Steven.
A Funeral Mass will be held Wednesday, September 25, 2013, at 2:00 p.m. at Our Lady of Victory Catholic Church in Seaside.
Hughes-Ransom Mortuary in Seaside is in charge of arrangements.
To order memorial trees or send flowers to the family in memory of Robert "Bob" Kevin Gilbert, please visit our flower store.