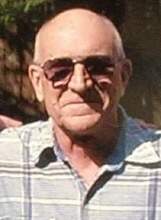 April 4, 1942 March 3, 2016 Robert Carow passed away on March 3, 2016, in Warrenton, Oregon. Bob was born in Portland, Oregon, on April 4, 1942, to parents Emil and Georgia Mae Carow. He grew up in Fairview, Oregon, and attended Fairview Grade School and Reynolds High School. He was married to Joy Beldin, with whom he had two sons, Jeffrey and Rodney, and then married Marion Lynch, with whom he had one son, Travis. Bob and Marion were married for 35 years, and enjoyed traveling around the states camping with their 1950 Plymouth and tent trailer. In 1962, Bob began working as an iron worker when the KGW tower in the West Hills blew down during the Columbus Day Storm. His high climbing career took him many places, including the Aleutian Islands and American Samoa. Following that, he worked several years for Miser Distributing in Gearhart, Oregon, and as a heavy equipment operator with Harold Ayers Excavating in Sandy, Oregon. He loved the outdoors and enjoyed fishing and hunting as well as working on his riverfront property outside of Seaside. He also loved his community, volunteering with Seaside Kids Little League and as a volunteer firefighter. In addition to his parents and his brother David, Bob was preceded in death by his wife, Marion. He is survived by his sons, Jeffrey Carow of Gearhart, Oregon, Rodney Carow of Beaverton, Oregon, and Travis Carow of Seaside, Oregon; grandchildren, Jasmine, Jeremy, Tandy and Jada; and three great-grandchildren Jordan, Justice and Silas. A celebration of life will be on Saturday, May 14, 2016, from 2 to 6 p.m. at the Seaside Golf Course, 451 Avenue U, Seaside, Oregon. You are invited to share stories, photos and potluck. A barbecue main course will be provided. Please RSVP to carowrsvp@gmail.com