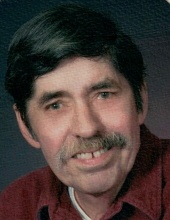 Robert Grey Butler October 11, 1938 - September 13, 2019 Robert Grey Butler, 80, passed away on September 13, 2019, at his home in Warrenton. He was born in Astoria at Columbia Hospital . He was raised in Warrenton . Graduated from Warrenton High School class of 1956. He was the son of Dr. Rexford Butler & Ruth Butler. He is survived by his wife of 59 years Diana M. Butler (Adkins). He was preceded in death by a daughter Tanna Lee Butler, son, Todd Grey Butler Redmond, Oregon, Grandson Isaiah Grey Butler Redmond,Oregon, adopted daughter Brenda Hartman (Duane ) Warrenton Oregon , brother Rex K. Butler (Carla), Newberg, Oregon. Nephews: Rex Butler Jr. Tualatin, Oregon, Ryan Butler, Baker City, Oregon. He served in the Oregon National Guard for three years . He enlisted in the U.S. Coast Guard in 1960, upon graduation from boot camp, he was sent to radar school, where he graduated with highest honors . He was deployed to the Northern Alaska area. He considered a career in the Coast Guard, but, unfortunately , suffered from sea sickness when ever his ship left port. Upon completion of four years he was honorably discharged. He moved his family to Corvallis, Oregon . He attended Oregon State University for one year . He worked for Consumers Power, and Pacific Northwest Bell, retiring after 28 years of devoted service from U.S. West. Robert was a golfer, and loved fishing, hunting, and clam digging. He was a member of the Astoria Golf & CC. He loved wild life and made Wood Duck Houses, also making unique objects for his family, friends and his church . Robert will be buried at sea by the U.S. Guard. "Sunset and evening star, And one clear call for me! And may there be no moaning of the bar, When I'm put out to sea." Donation made to Hospice, 2111 Exchange St. Astoria, Or. 97103