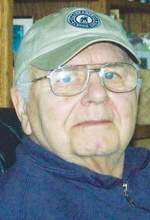 Robert L. "Bob" Johnson, 85, of Gearhart, died Wednesday, Oct. 3, 2012, at home.
He was born June 26, 1927, in Seattle, to Fred V. and Frances (Ross) Johnson.
While in the U.S. Marine Corps, he was a private first class, awaiting ship transport in 1945 when World War II ended. He served until August 1946, then was in the Marine Reserves from 1947 to 1956, during the Korean War, and was a staff sergeant rifle instructor at Camp Pendleton.
He married MaryLou Friden. They later divorced.
On Sept. 3, 1964, he married Karen A. (Cockrum) Johnson in Midway, Wash. She survives, residing in Gearhart.
Mr. Johnson worked as a truck driver for Lee & Eastes trucklines in the 1950s, then was hired by Boeing as an experimental electronics technician after graduating from a Boeing-sponsored training program. He took early retirement in 1985 to help run a family property management business, Johnson Properties Inc., then retired permanently in 1995.
A life member of the U.S. Judo Federation, he served as a referee and official at U.S. Judo competitions, including participation in the judo competition at the Atlanta 1996 International Olympics.
In addition to his wife, he is survived by a daughter, Marliss Littlefield of Renton, Wash.; a son, Douglas Johnson; a nephew, Lane Johnson and his wife, Cheryl; a niece, Linda Salsbery; and several grandchildren and great-grandchildren.
He was preceded in death by two brothers, Kenneth and Melvin Johnson.
A private inurnment is planned.
To order memorial trees or send flowers to the family in memory of Robert L Johnson, please visit our flower store.