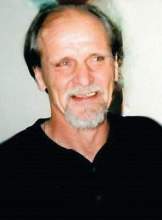 Affectionately known as "Rat," Bobby was born in Astoria, Ore., and raised in Seaside. He attended Seaside Union High and graduated in 1960. He was a track and football star, earning induction into the Seaside Hall of Fame for both of these sports. His record javelin throwing earned him a scholarship from the University of Nevada, where he earned many awards for his accomplishments. He was most proud to be inducted into the University of Nevada Hall of fame in 2009, truly a very accomplished athlete. Bobby ventured to Alaska, where he spent many years running logging crews. His love for adventure led him to the commercial fishing industry, where he worked his way through the ranks. When he retired, his final voyage was as captain of the F/V Kema Sue, halibut fishing in the Bering Sea. He was highly respected in both of these industries. Bobby's passions were hunting, fishing, golf and all things outdoors. He had a very special way with animals, and even nursed an eagle back to health. He so enjoyed the flying squirrel and cub bear pets he had in his youth. Bobby was a very strong, smart and caring man. He loved a good prank, and so enjoyed pulling them on his many friends. He is survived by the love of his life, his wife Sherri, his sisters Sanna (Paul) Lundquist, Eunice (Ray) Scheurich, stepchildren Brian (Valerie) Newberg, Gretta Gardner and several cousins, nieces and nephews whom he loved so very much. A memorial service will be held at Our Saviour's Lutheran Church, 320 First Ave., Seaside, Ore., on October 25, 2014, at 1:00 p.m. In lieu of flowers the family suggests donations to any animal fund or Alzheimer's Association of your choice. Hughes-Ransom Mortuary in Seaside is in charge of arrangements. Visit www.hughes-ransom.com to share memories and sign the guest book.

Funeral Home:
Hughes-Ransom Mortuary Seaside
220 N Holladay
Seaside, OR
US 97138
To order memorial trees or send flowers to the family in memory of Robert Rautio, please visit our flower store.