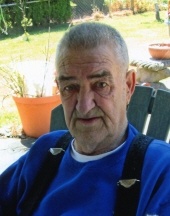 Robert W. "Bob" Eller Hammond June 18, 1934 to August 23, 2016 Bob passed in McMinnville, Oregon at the fine age of 82. He was born to his parents John Eller and Martha (Klous) Eller He proudly served in the US Army for five years and in 1957 married his bride of 59 years, Shirley Burgess from LaGrange, Georgia. He is survived by his wife Shirley; daughter Debbie (Don) Davidson of Nehalem, OR; sons Mike Eller of Hammond, OR; and Troy Eller of Warrenton, OR, six grandchildren; Sheena, David, Donnie, Mathew, Tyler & Troy, five great grandchildren, sister, Wilma Washburn of Mora, MN and brother Jerry Eller of Gearhart, OR and many nieces and nephews. He is proceeded in death by his parents John and Martha Eller and sister Joyce Falls of Renton, WA. Bob retired from the city of Seaside, OR after working for many years as an Auto Mechanic. A Special Thank You to Jay for all his help. A Graveside Service will be held at Ocean View Cemetery in Warrenton, OR on Friday the 2nd of September, 2016 at 1:00 PM Ocean View Cemetery 575 SW 18th St. - Warrenton, OR 97146 Hughes-Ransom Mortuary & Crematory of Seaside is in charge of arrangements. Thank you for visiting and sharing your memories.