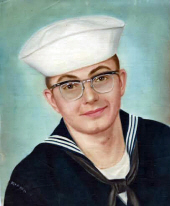 Rodney Dean Douglas was born on November 20th 1943 to Margaret Ann Ness in Seattle, Washington. On May 12th, 2015, Rodney passed away at home surrounded by his family. Rodney is preceded in death by his younger sister Margie, his stepfather Donald Douglas and his mother Margaret Douglas. Rodney is survived by his wife Lynda and daughters Juliet Davis and Kristen Cazarez, his son Rodney Jr., six grandchildren, Dante and Diega DouglasÍ¾ Jordan, Parker and Ruby Davis and Saoul Cazarez. As well as his two sisters, Barbara Rash and Ellen Low and several in-laws and nieces and nephews. Rodney was raised by Don and Margaret Douglas in Seward and Cordova, Alaska and Seattle, Washington. In the late fifties they moved to a small farm in Tigard, Oregon. Rodney was a graduate of Tigard High School. Rodney was an enrolled member Tlingit Haida tribe of Southeast Alaska. Rodney spent his teen years apprenticing as a carpenter, ship builder and car mechanic with Don Douglas. After high school Rodney enlisted in the Navy and was stationed in the Philippines and Japan during the Vietnam conflict. He was an enlisted crew member of the U.S.S. Clarion River. When he returned to civilian life in 1967, he lived in Tigard. His passions at this time were collecting and restoring 1929 era Model A Fords. Rodney attended community college and received his degree as a Dental Technician. During this time he met his future wife, Lynda Peterson. After a short courtship, Rodney and Lynda were married in 1968. In 1972, Rodney, Lynda and Don Douglas built a beautiful dream home for his growing family on the property in Tigard. For many years, Rodney crafted and improved the home site with landscaping and a four bay shop to restore his vehicles and share his creativity with friends and family. The house in gone now, but the shop is in use as a park maintenance facility for the city of Tigard. While his children were attending McKay elementary in Beaverton, Rod gifted the school a reading structure for the library and the custom crafted school sign which still hangs on the front of the building. After acquiring his Denturist License in the early 1980s, Rodney relocated his family to their Seaside home and started the Astoria Denturist Service. Rodney was the sole proprietor of this business from 1983 until 2009. Many of those years he worked side by side with his daughter Kristen who managed the business. Rodney spent his free time camping, fishing, restoring a 1957 Chevy BelAir, a 1949 Dodge dump truck and maintaining the 1929 Model A known as "Sarah." Rod cherished spending time with his family, his children and grandchildren. The family requests that in lieu of flowers, please donate to your favorite charity.
To order memorial trees or send flowers to the family in memory of Rodney Dean Douglas, please visit our flower store.