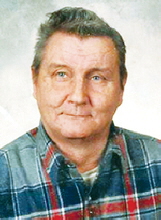 Rodney Ernest "Rod" Anderson, 74, of Astoria, died Saturday, Nov. 24, 2012, in Astoria.
He was born Oct. 6, 1938, in Longview, Wash., to Ernest and Olga (Simila) Anderson.
In 1958, he graduated from Naselle (Wash.) High School.
He married Carolyn Goodell-Almer. She preceded him in death.
He married Donella Cochran. They later divorced. She survives, residing in Utah.
On Dec. 16, 1978, he married Verda M. Lee in Kelso, Wash. She survives, residing in Astoria.
Mr. Anderson was a logger and commercial fisherman. He retired in 1984.
He was formerly a member of the Eagles and the Moose lodges.
Family members said he enjoyed fishing, hunting, watching football and basketball. He was a history buff.
In addition to his wife, he is survived by a daughter and son-in-law, Rita and Edd Kirwan of Longview; a stepdaughter, Rose Lee of Astoria; four stepsons, Richard Lee and his wife, Debby, Larry Lee and David Lee and his wife, Frances, all of Albany, and Johnny Lee and his wife, Ruth, of Forest Grove; 25 grandchildren; and 21 great-grandchildren.
He was preceded in death by a stepson, Raymond Lee.
Visitation will be from 6 to 9 p.m. Thursday, Nov. 29, at Hughes-Ransom Mortuary, 576 12th St., where a funeral will take place at 11 a.m. Friday, Nov. 30.
Interment will be at Greenwood Cemetery in Astoria.
To order memorial trees or send flowers to the family in memory of Rodney Ernest Anderson, please visit our flower store.