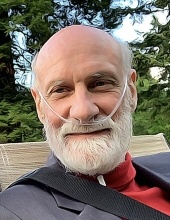 Rodney Mark Pearsall was an athlete, pilot, and shopkeeper.

He leaves behind his Love, Toni (Luth) Clement.

He was born on June 9th, 1956 to Clifford Leroy and Mava LaRhea (McKinnon) Pearsall who preceded him in death. He was also preceded by his brother Clifford and a half-sister. He is survived by his oldest brother Gaylord.


Rod was an outstanding athlete. As a member of Seaside High School's 1974 State AA Track and Field winning team, Rod set records that still stand today. After High School he attended Spokane Community College and Boise State University where he continued his illustrious pursuit of doing the best he could and enjoying the comradery of Track & Field attending meets all over the country and Europe.

After earning his degree and teaching certificate he sought to find a career that would challenge him. Recalling his boyhood love of airplanes he chose to enter the USAF becoming a jet pilot. He excelled at training, earning top honors and was heralded as an exceptional Squadron Commander earning glowing evaluations. He loved flying the SR71 fighter jet and he took great pride in he and his crews outstanding records as they flew the mid-air refueling tankers that supported the SR-71's.

While serving in the Air Force Rodney was stationed in England and he began collecting beautiful antiques. His love of history was evident when he would tell of the items origins that he had brought back with him and continued collecting throughout his life.

Rod left the Air Force to return back home to Seaside. He then opened and was the shopkeeper of Pacific Framing Company. His attention to detail, love of art and need to put out quality item soon led to a successful business and many lasting friendships.

Rod was a shopkeeper until a double diagnosis of Cancer and Idiopathic Pulmonary Fibrosis in 2012.

Rodney married MaryRose Kyrn Bannon from England in 1990. They were divorced in 2012.

Rod was an active member of Our Lady of Victory Church in Seaside. He enjoyed singing in the church and sharing fellowship, he made many loyal and dedicated friendships.

He had been a member of Knights of Columbus.

Rodney fought a long and difficult battle with his illnesses alone until the return of his High School Sweetheart in the early stages of the pandemic where they gratefully and joyfully enjoyed their isolation, shutting out the world and reveling in their easy reuniting of Love Lost.

He was a gentleman with a love of life, people, animals and all things beautiful . He left this Earth with an incredible sense of dignity, humor, and grace, ultimately going peacefully after opening his eyes from a long nap, nodding his head and letting out a satisfying sigh.

He will be greatly missed.