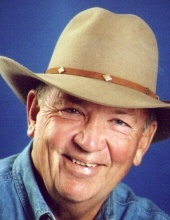 Ronald Dale Elmes, 83, of Seaside, Oregon, passed away peacefully on February 24, 2021, surrounded by his family. A man of fortitude, determination, kindness, humor, love, strength, and character, he cherished his family and friends and was quick with a joke and a friendly handshake. An avid outdoorsman, his love of nature took him on many camping, hunting, and fishing adventures, most often in Central Oregon. He also loved the game of golf, especially alongside his son, Matt, and grandson, Riley.

Born July 14, 1937 to Orvetta and Ronald Elmes in Eugene, Oregon, Ron graduated from Lake Oswego High School and attended Principia College in Elsah, Illinois. He served four years at Shaw Air Force Base in Sumter, SC and later returned to Oregon in 1963 to begin a 25-year career with US Bank. He appreciated being able to help people with banking solutions, giving them a way to improve their lives. He devoted himself to community service as a member of the Rotary Foundation, where he served as secretary, vice president, and president during his years of service and was awarded a Paul Harris Fellow medallion. He was also an active member of the Elks Club and a US Jaycee.

Throughout his life, he thrived on spending time outdoors and spent many years in Central Oregon where he enjoyed the high desert lifestyle of shooting, hunting, golfing, and canoeing with friends and his beloved dogs. Ron would say his favorite career move was serving as a Golf Course Marshal at Eagle Crest Resort, where, on June 16, 2002, Ron used his 6-iron to record a Hole-in-one at the par-three 1st hole (146 yds).

Most recently, he returned to the small, coastal town of Seaside, Oregon where he always felt most at home. Ron loved people, laughed easily, and was a constant presence on local golf courses.

Ron is survived by his three children; Lisa (Doug Marunde), Tracy (Christopher Boese), and Matt (Maribeth Elmes); and six grandchildren; Tyler, Trevor, Scott, and Devon Marunde and Riley and Libby Elmes. Ron loved his family in whom he took great pride. He lived fully, embracing all that his beautiful state of Oregon had to offer.

A private memorial service will be held for family and friends.

Share a memory at HughesRansom.com
To order memorial trees or send flowers to the family in memory of Ronald Dale Elmes, please visit our flower store.