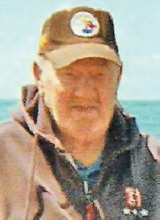 Ronald Eugene "Ron" Dean Sr., 76, of Gearhart, died Tuesday, Oct. 23, 2012, at home.
He was born April 22, 1936, in Altoona, Pa., to Joseph Riggles and Hilda Dean.
He was a high school graduate.
On Sept. 30, 1955, he married Helen Dean in Pennsylvania. She survives, residing in Gearhart.
Mr. Dean served in the U.S. Army for 26 years, achieving the rank of sergeant major and receiving many awards. He was also a property manager and worked in hotel management.
He was a member of the American Legion and Veterans of Foreign Wars.
Family members said he enjoyed travel, deep sea fishing and restoring a 1962 Ford Thunderbird.
In addition to his wife, he is survived by two daughters and a son-in-law, Barbara and Dan Nevels of Vancouver, Wash., and Rebecca Dean of Gearhart; a son and daughter-in-law, Ron and Nancy Dean of Seaside; five grandchildren; and three great-grandchildren.
No service is planned.
Inurnment will be at Willamette National Cemetery.
Memorial contributions may be made to Lower Columbia Hospice, 486 12th St., Astoria, OR 97103.
To order memorial trees or send flowers to the family in memory of Ronald Eugene Dean Sr., please visit our flower store.