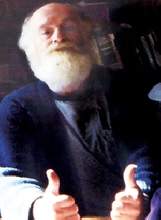 Roy was born 3/2/1936 in Marysville, Ca., to Clarence Mead and Marjorie (Cole) Eastman, who preceded him in death.
He was educated in Woodland, Ca.
He enlisted in the Coast Guard in 1955, and served in Ketchikan, Alaska, and duty stations in California, Kauai, Hawaii, and Kodiak, Alaska. He retired from service from the Columbia River Lightship station 4/1/1977.
Roy worked at the Astoria Liquor Store, CG Commissary and retired from the Astoria County Club in 2001.
Survivors include wife Marion of Hammond, daughter Christine of Vancouver, Wa., sons Ronald (Dawn) of Vancouver, Richard (Roni) of Hammond, daughter-in-law Cynthia of Warrenton. Grandchildren Sean (Haley) of Vancouver, Nicholas of Warrenton, James, Justin, Tiffany and Stephanie of Vancouver. Great-grandchildren Victoria and Ellie Grace. Sister Darlene (Eastman) Ostuni of Sparks, Nev., and several nieces and nephews in Calif.
Viewing will be from 4 to 4:30 p.m. today at Hughes-Ransom Mortuary, 576 12th St. in Astoria.
No formal services will be held.
To order memorial trees or send flowers to the family in memory of Roy Mead Eastman, please visit our flower store.