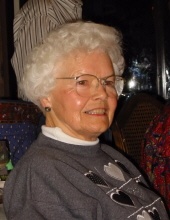 Ruth was born on January 12, 1928 to Charles and Isabelle (Johnson) Gahagan in Grand Forks North Dakota. She was the youngest of three, her sister Margaret (Marge) and brother Harold Gahagan of whom proceeded her in passing. She was a graduate of Central High School in Grand Forks, ND.

She married Marcus L. Woodworth and resided in Renton Washington until moving to Seaside in 1960. She worked at Holladay Drug Store for 13 years. In 1974 she married Eugene C. Koch, Jr. until his passing in 2017. She resided in her home for over 60 years.

Ruth was a beloved member of our community as she was involved with many organizations including TOPS, Meals on Wheels, Partner’s for Seniors, American Legion, Elks. Also during the 1970’s she was a active part of The Miss Oregon Pageant as a hostess. But she is best known for her love of bowling as she bowled on three different leagues a week plus would travel across the state and country participating in tournaments. She is also a life time member of Our Saviour Lutheran Church.

A memorial service will be at a later date. UF DAH!

To order memorial trees or send flowers to the family in memory of Ruth Marie Koch, please visit our flower store.