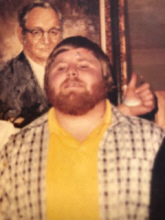 Scott David Nixon was born October 3, 1960 in Astoria Oregon to Richard and Pamela Nixon. Scott grew up with 2 brothers, Sam and Steve. While in school Scott excelled in sports and played football. All his life, Scott enjoyed the outdoors and loved to fish and hunt. He went on to dedicate 25 years of his life to this passion as a commercial fisherman and was considered a skilled net man. Scott and his brother Sam were very close. When they were kids they would fish and hunt together. Scott would do anything for Sam. "Scott was the best brother I could have ever asked for in life and I will miss him so much. He would give you the shirt off his back and do anything for anyone. He will truly be missed by everyone who had the opportunity to know him." Scott had special friends in the Astoria area, including Roderick Gramson and Sally Cullen. Scott enjoyed clam digging with Rod. He spent the last six years of his life with them and considered them as family. Scott was a generous person and would go out of his way to help friends and family alike. Your presence will be missed, but like the beacon from a lighthouse through the fog, your memory shines brightly and endures. Scott departed this life on April 1, 2018 at the age of 57. He was preceded in death by his father Richard and brother Steve. He is survived by his brother Sam and as a beloved uncle will be missed by his 6 nieces & nephews; Tarrin, Darren, Ryan, Chris, Brittany and Stacy Nixon. There will be a memorial service at 1:00 PM on Saturday April 21, 2018 at Hughes-Ransom Mortuary Chapel, 576 12th St., Astoria, OR 97103. A reception to continue celebrating Scotts life will be held immediately following the service at the home of Roderick Gramson; 75 SW Juniper Ave., Warrenton, OR 97146. In lieu of flowers the family are asking that donations be made in Scotts name to the Astoria Middle School Athletic Club. For details about how to make donations please visit the memorial tribute for Scott at www.hughes-ransom.com and www.facebook.com/hughesransommortuary where memories and media (photos & video) can be uploaded, shared and linked to.