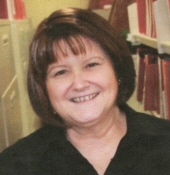 Sheree Ann Larson, Longtime Warrenton/Astoria resident passed peacefully in her Warrenton home on August 18, 2016 surrounded by her family. Sheree was born in Astoria on October 18, 1955 to Donna Waddell and Willie Heinze then later adopted by Custer and Ann Waddell. She graduated from Astoria High School with some college. She gave birth to three sons from a former marriage. She had a second chance and found love later in life with Mark Larson. On June 30, 1984 Sheree and Mark got married and together they raised a blended family of five children. Growing up she absolutely loved the outdoors and enjoyed going for rides into the woods with her father Custer. She also talked about sitting under a specific special tree where she was able to hand feed a deer. Riding and taking care of horses with Barb & Elmer Miller. She loved to travel, taking Elmer to Idaho to see his family and her niece Leena to Florida, getting the chance to bond even stronger with people she loved. Her love for Mark grew even deeper as they took various vacations to Hawaii, Mexico, and Reno. They made it to Lincoln City four times together to see Mel Tillis in live shows and Reba McIntire at Camp Rilea. During her working years, she worked many different jobs: The Hallmark Resort, Iredale Restaurant, Bumble Bee Cannery, Dispatcher for the APD, the Oregonian, before she landed her dream job at Lektro where she worked her way up as the office manager. She worked for Lektro for 17 years. For that Mark gave her the nickname "Speedy" as she was a very talented multi-tasker and hard to keep up with her many ventures. She was an avid pool league player. In 1993, she had a vision and made a phone call. The idea was to bring the BCA (Billiard Congress of America) to the Northwest. In 1994 her vision became reality and the first championship was schedualed which there she won the State Pool Tournament in Salem Oregon. In 1995, together with Judy Griffith they formed Western BCA Pool Player Association and today have well over 2, 000 members. Together with her husband Mark, they won 5th place in the National League for the doubles team and placed with the top 50 in the National for Singles. In her spare time, she enjoyed arts and crafts, baking, darts, knitting, crocheting, scrapbooking, Matting, and taking rides during hunting season with her sons. She loved decorating the outside of her house with Christmas lights for many to see and spending time with family. She helped with the Astoria Regatta and loved volunteering with Corri Buck's Filling Empty Bellies non-profit organization even admist her own illness. Diagnosed in 2010 with cancer, she was in remission for four years and earned her the new nickname "Trooper" in 2014 by Mark for many trips to Portland when her cancer returned. Survivors include Husband Mark Larson of Warrenton; brothers , Kenneth and Wife Chandra Waddell, Dennis and wife Alice Waddell, and William Waddell all of Astoria; Sons Donald and wife Lisa Miller, David Miller and fianc Joy Chester; a daughter in law Kelly Miller; Step-daughter Brandi Larson; Step-son Jason and wife Melanie Larson; grandchildren Corey, Tyler, Natasha, Melanie, Rebekah, Cheyenne, Christopher, Shelby, Emily, Brandon, Kaitlyn and Lacey; 1 great grandson Mason and nieces; Valerie, Kamala, Melanie, Leena, Anandhy, Magnolia, Ula and nephew ; Mark. She was preceded in death by her parents and a son Daniel Eugene Miller. A Celebration of Life will be held at Bethany Lutheran Church in Astoria Saturday, September 10th at Noon. A reception to follow at the Astoria Elks Lodge. Contributions may be made at Astoria Hughes Ransom Mortuary.
To order memorial trees or send flowers to the family in memory of Sheree Ann Larson, please visit our flower store.

Celebration of Life at the Bethany Lutheran church across from Safeway