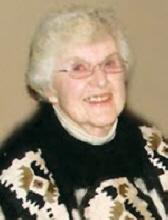 Shirley J. Lewis, 92, of Seaside, died Thursday, Nov. 8, 2012, in Seaside.
She was born April 4, 1920, in Portland, to Frank and Orcelia (Bondurant) Sumner.
She graduated from Franklin High School in Portland.
In December 1955, she married William Arthur Lewis in Portland. He preceded her in death.
Mrs. Lewis was the owner of the Bob Shop in Portland and several other businesses, retiring in 1980. She lived in Seaside for 23 years.
She was an active member of Calvary Episcopal Church in Seaside and the Astoria Golf & Country Club.
In her earlier years, she loved snow skiing and walking. She was an avid golfer, who played until she was 90 years old. Family members said she loved to bake, work in her garden and play cards.
She is survived by a son, Anthony "Tony" Lewis of Portland; a daughter, Wendy Jones of Aurora; a daughter-in-law, Chyral Reasonar of Portland; a son-in-law, Doug Jones of Aurora; two granddaughters, Lindsey Twiss and her husband, Jeremy, of Canby, and Heather Lewis of Portland; a grandson, Scott Jones and his wife, Ashley, of Heppner; and a great-grandson, Declan Twiss of Canby.
A memorial will be held at 1:30 p.m. Friday, Nov. 16, at Calvary Episcopal Church, 503 N. Holladay Drive in Seaside.
Inurnment will be private.
To order memorial trees or send flowers to the family in memory of Shirley J Lewis, please visit our flower store.