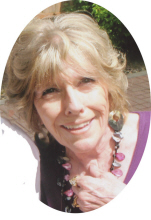 After a courageous fight with cancer, Sonja Bjaranson, with family by her side, passed away peacefully in her home on January 28th. Sonja, who was an only child, was born to Florence and Stan Nitzberg in Oakland, California. Sonja graduated from Oakland High School in 1959. Sonja had an incredibly fulfilling life, one surrounded by love at every turn. Sonja had five children: four boys and one girl. She was preceded in death by her ever-loving husband, Bob Bjaranson (2004), and her devoted son Jason (2012). She is survived by her sons: Jeff Bjaranson (Hammond, OR), Adam Bjaranson and wife Lindsay (Beaverton, OR), and Ryan Bjaranson and wife Suzanne (Hammond, OR). And her only daughter, Missy Thornton & husband Ryker (Hammond, OR). Grandchildren Ashton Bjaranson (Seattle, WA), Natara Bjaranson (Rohnert Park, CA), Cade Bjaranson (Beaverton, OR), Kylie Bjaranson (Astoria, OR), Talon Bjaranson (St. Helens, OR), Holly Bjaranson (Hammond, OR) Ava Thornton and Ryker Thornton II (Hammond, OR). Special recognition to cousins Kim, Kenny, Cheyenne & Ryker King (Pleasanton, CA). And to Sonja's "honorary" daughter, Liz Miner (Everett, WA). Sonja attended Diablo Valley College, and eventually married her childhood sweatheart and best friend, Bob. Because Bob was a longshoreman, they decided to settle in Astoria in 1978. Sonja was a homemaker, but prior to that, she enjoyed a career as a professional singer that took her to nearly every state in the country. Her love of dogsparticularly Old English Sheepdogswas evident the moment they moved from Pleasanton, CA to Hammond, OR. Family members say Sonja was an overwhelmingly generous woman, and always put the needs of others before her own. To know her, was to love her. Sonja will be missed greatly and remembered fondly by her loving friends and family. Hughes-Ransom Mortuary is in charge of funeral arrangements. In lieu of flowers, you can make a donation to Lower Columbia Hospice and/or one of Sonja's most beloved causes, Guide Dogs For The Blind. Funeral service will be Sunday, February 8 at 2:00pm First Lutheran Church (725 33rd Street, Astoria). Reception will immediately follow at Warrenton Community Center (170 SW 3rd St). Attendees are encouraged to bring their "favorite dish". Burial will be Monday, February 9th at 11 a.m. at Ocean View Cemetery (off DeLaura Beach Road).
To order memorial trees or send flowers to the family in memory of Sonja Lee Bjaranson, please visit our flower store.