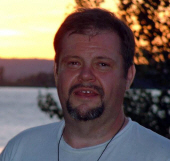 Theo Paul Kohlasch, 48, Warrenton, died Nov.4, 2015 in Portland, Or. A Celebration Of Life Service will be held Sat. Nov. 14, 2015 from 12 Noon until 4 pm at the Warrenton Community Center, Warrenton, Or. Theo Paul Kohlasch was born July 13, 1967 in Brooklyn, New York to Theo and Bonnie Kohlasch. The family moved to Iran for two years while his father was teaching English to the Iranian Royal Air Force. The family then moved to Oregon settling in the Warrenton area where Theo graduated from Warrenton High School in 1986. Following his education he worked driving for Raz Transportation and then for Grey Hound Bus Lines. He also owned Yellow cab and Roadrunner Transportation for six years. Theo returned to the Portland area where he drove again for Grey Hound Bus and the School Bus for the Portland School District. Theo returned to the Warrenton community where he began driving for HGH for several years. Among his personal interests Theo loved to tinker with electronics. He took things apart and put them back together. Sometimes it worked and once in a while the project would burn up. He enjoyed posting funny things on facebook and liked to make his friends and family laugh. He had a big heart and was always trying to help people. Theo loved life and loved spending quality time with his family. He will be missed. He was preceded in death by his father, Theo Kohlasch. Survivors include his mother, Bonnie Kohlasch and 2 brothers, Dominic, wife, Jan, Kohlasch, all of Warrenton, Or., his brother, Theo Warren and wife Judy Kohlasch of Miami, Fl, as well as many nieces, nephews and cousins. The family suggests that remembrances be contributions made to the Warrenton Volunteer Fire Dept. in Theo's memory.
To order memorial trees or send flowers to the family in memory of Theo Paul Kohlasch, please visit our flower store.