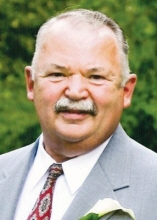 Thomas F. Wendt of Astoria died Saturday March 15, 2014 at Columbia Memorial Hospital. He was 73. Thomas was born August 21, 1940, in New York, New York, to Ernest and Gladys (Hendrix) Wendt. He served in the United States Navy for 6 years, and he was an operating engineer for steam and refrigeration plants. On December 31, 1986, Thomas married Patricia Scheidt in Renton, Washington. Thomas retired after 50 years from the International Operation Engineers Local 286, member emeritus. He enjoyed spending time with his family and watching football, especially the University of Washington Huskies and the Seattle Seahawks. Thomas is survived by his wife Patricia of Astoria; sister, Betty Angus and brother-in-law, Ed, of Astoria; daughter, Aurora McClure of Wasilla, AK; son, Thomas Wendt and daughter-in-law, Jan, of Gig Harbor, WA; son Aaron Wendt and daughter-in-law, Suzanne, of Leesburg, VA; stepson, Richard Wallace of Atlanta, GA; stepdaughter, Julia Koch and son-in-law, Steven, of Lacey, WA; stepdaughter, Lisa Graham and son-in-law, Norvell, of Burien, WA; 13 grandchildren and 5 great-grandchildren. He will surely be missed by his dog Max. A visitation will take place Saturday March 22, 2014, from 2:00 to 4:00 p.m. at Hughes-Ransom Mortuary, 576 12th Street, Astoria, OR 97103. A graveside service with military honors will be Monday, March 24, 2014, at 1:00 p.m. at Tahoma National Cemetery in Kent, Washington. In lieu of flowers, memorial contributions can be made to the Wounded Warrior Project at www.woundedwarriorproject.org