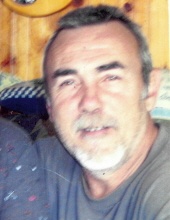 Timothy Edgel Cline, 61, of Seaside died on July 18, 2022 in Seaside. He was born to Edgel and Sandra (Raymond) Cline November 21, 1960 in Warren Ohio. At the age of seventeen, Edgel joined the United States Navy.
In 2011 Edgel married Krista (Snodgrass) in Niles, Ohio. Together they honeymooned in Niagara Falls and continued to travel across the United States for the following two years. They loved living on the Yosemite River and stayed in the area for two months.
He was a proud Veteran and loved working on boats. After his discharge, he continued to work in the maritime industry. Most notably, he enjoyed working as a mechanic at the boatyard in Port Townsend. He was later invited to work in Sitka Alaska at a fishing cannery near where his family often vacationed. Edgel was a good man with a great sense of humor. One of his favorite pastimes was walking on the beach while playing fetch with his dog.
Edgel is survived by his wife, Krista; his dog, Mason; sister, Beth and her husband of Ohio; nephews Jake and Jimmy; his uncle Phillip and his wife; his cousin-in-law, Jason; and three aunts and one cousin; and best friend Pat Soda. He was preceded in death by his Father, his mother by six months, and his sister Tammy by 5 years.

To order memorial trees or send flowers to the family in memory of Timothy Edgel Cline, please visit our flower store.