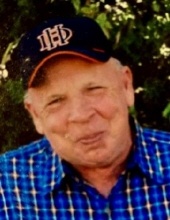 Vance (Butchie) Alan Hensala, 70, passed away on Jan. 25, 2021, at his home in Troy, surrounded by his family and friends.
Vance was born in Seaside, OR on October 16, 1950, to Alfred and Eula Hensala. He attended Seaside schools and graduated from Seaside High School in 1968. During high school, he and friends started a band they called Crystal Green, later called Fox, where he played lead guitar. They played for several school events, even winning second place in a local battle of the bands contest. A band member, Peter TerHar, recalls, “We had the amazing opportunity to open for rock-n-roll band, ‘The Spiral Starecase.’ He enjoyed playing and listening to music all his life.
In addition to playing music, he learned how to drive log trucks and was especially thankful to Dan Hess Ltd & Howard B. Johnson Logging Companies for helping him acquire his truck driving skills. Unfortunately, the logging industry suffered a set-back and he instead worked in custodian and maintenance for Seaside School District beginning in the 70’s.
He never lost the desire to someday drive a truck and fulfilled that dream, successfully driving for 33 years, with no at fault accidents. He was a lifetime member of the Owner-Operator Independent Driver’s Association. He earned two-time Driver of the Month Award in January and March of 2013, and a retirement award from the Army & Airforce Exchange Service in December of 2013.
In between those driving years he moved to Texas, tracing his roots to where his mother grew up. It was in Texas where he met the love of his life, Cheryl, in February of 2000 and later marrying on March 3, 2001. Cheryl says, “He was a very humble man. He believed in working for everything he got. He thoroughly enjoyed his life as a truck driver. He loved being able to see the country and meeting all types of people.”
Some of Vance’s hobbies were elk and deer hunting, cutting wood, farming and gun collecting. He was a member of the Rocky Mtn. Elk Foundation, Oregon Hunter’s Assoc., and the NRA. He enjoyed taking care of their ranch in Moody and visiting their vacation home in Colorado. He liked anything western, attending truck and gun shows, logging shows, and sitting and talking with friends and family.
He cultivated his skills of making people laugh. He was a true friend, “pure gold,” and was always concerned with the needs of other people.
Left to cherish his memory is his beloved wife Cheryl of Troy, and his 3 stepchildren, Christy Beaird of Troy, Marcus DePriest of Killeen, and Mary Murphy of Belton. He is also survived by seven grandchildren: Tyler and Braiden Pratt of Temple, Gracie Pratt and Madelynn Beaird of Troy, Remy and Declan DePriest of Colorado, Payten Troast of Belton.
Graveside Services will be held at Oceanview Cemetery on Friday, February 5, 2021 at 3:00 P.M.
To order memorial trees or send flowers to the family in memory of Vance Alan Hensala, please visit our flower store.