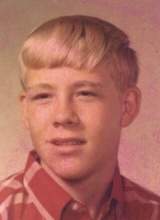 Wayne Calvin Fulmer was born on Sept. 18, 1951, in Seattle, Washington, to Fred R. Fulmer and Eva C. Fulmer. He graduated from Inglemoor High School in Kenmore, Washington, in 1970. He moved to Seaside, Oregon, in 1971 to be close to his family, where he worked and managed the family business, Seaside Golf Course. Wayne was preceded in death by his mother, father and brother, Fred Fulmer III. He is survived by his sister, Vicki Wolfgram; brother in-law, Peter Wolfgram; two daughters, Casey and Candis Fulmer; son-in-law, Emanuel Chavez; ex-wife, Sharon Chestnut; stepson, Jordan Thompson; grandchildren, Kierra, 11, Exavior, 4, and Eliona, 2; and many nieces and nephews. He enjoyed spending time with his daughters and grandchildren, taking them to a variety of events over the years. He had a passion for cooking. He enjoyed playing the guitar and golfing in his younger years. He was a longtime animal lover, raising horses and dogs as well as caring for strays. He always made sure his girls had everything, including golf carts, horses, and mopeds. He went a step further by making sure his daughters' friends had all they needed when they were around. He endured many noisy sleep overs. Even though his exterior was a bit gruff, he will be remembered as one who was always there to help those in need, and believed in giving people a second chance, and who always put the needs of others before himself. God made him a big man in order to hold his big, caring heart. I'm very happy to have found you. Now, you will never leave me, for I will always find you in the beauty of life.
To order memorial trees or send flowers to the family in memory of Wayne Calvin Fulmer, please visit our flower store.